High Density Friction: Why It Matters

For over 30 years, Marathon Brake Systems has differentiated themselves from competitors in the heavy-duty market via one primary product characteristic: higher density friction formulations. Marathon's time-tested, proven family of high density brake linings have become synonymous with performance and reliability.But what, exactly, is density? How does it impact stopping power and lining life? 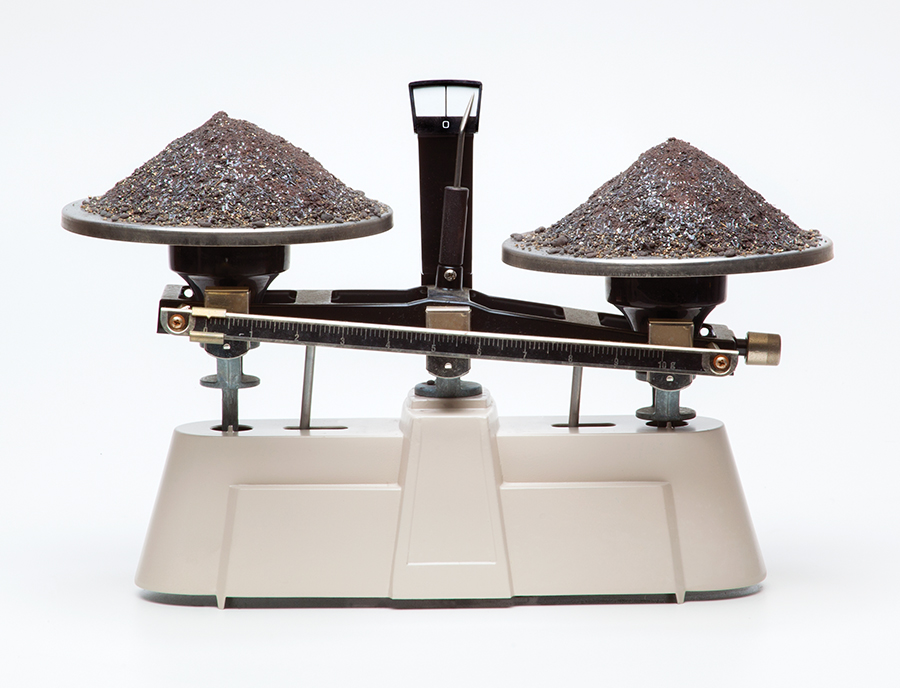 By definition, density is a measurement of mass per unit of volume. The higher the density, the more mass in a given space. Understanding that friction products are made up of a mix of raw materials, it goes to reason that a higher density of those raw materials would have some benefit.In friction manufacturing, when higher quality and heavier raw materials are used in a lining's formulation, it creates a higher mass, thereby its higher density. High density increases a brake lining's ability to efficiently handle heat, which is the most critical factor influencing the life and durability of a brake lining.Heavy-duty truck brakes are designed to convert the energy of a moving vehicle into heat energy. The higher the density of a friction material, the greater its ability to hold more heat energy and subsequently dissipate the heat through the drum. This ability to deal with heat is the primary driver in a brake lining's fade, recovery and wear characteristics. In other words, higher density friction delivers stopping power that recovers quickly and yields a longer lining life. This is especially true at higher temperatures that are so common in many varied and severe duty applications.

Another benefit of higher density in friction products is greater structural integrity. It is actually somewhat common sense that a higher mass would yield a stronger product. In the real world, higher density brake linings are far less likely to crack while in service, while riveting, or due to rust jacking.Conversely, let's consider the impact that a lack of density can have on brake linings. Typically, economy grade and far East manufactured brake linings have a much lower density than premium friction materials. This is a direct reflection of what they are made of: large amounts of low quality raw materials.Since their introduction to the heavy duty industry, Marathon brake linings have featured a family of friction formulations that have led the market in performance. The density of a Marathon brake lining exceeds all other friction competitors.For the greatest return on investment, fleets that choose a premium, high density lining will save significant money by achieving a longer service life, extending brake reline cycles, and providing consistent, reliable stopping power that their drivers will value.

When it comes to Hi-Density… it's the Marathon Advantage! 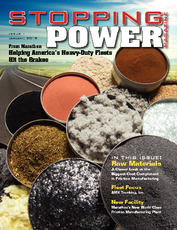 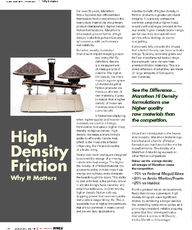 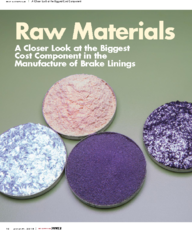 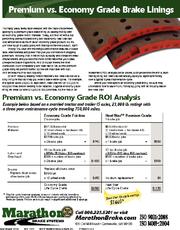 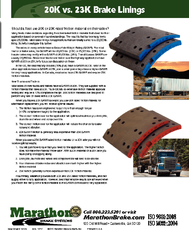